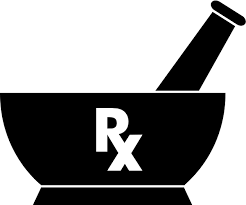 Bie Shung Tsai, also known to many as Henry, beloved husband, father, brother and grandfather, passed away suddenly and unexpectedly in Camarillo, CA on July 9, 2020.  He was 77 years old.  He died in a tragic accident while gardening, which is what he loved to do.

Bie Shung was born on January 24, 1943 in the city of Chiayi, located in southwestern Taiwan, and graduated from the prestigious National Taiwan University (NTU) in 1966 with a B.S. in Pharmacy.  He served in the Taiwan military for two years before moving to the United States in 1969 as a recipient of a graduate scholarship.  He married Shuing (Carol) Tsai, who grew up in Hsinpu, Taiwan and had also attended NTU, in Iowa City on August 23, 1970.  He received a master’s degree in Pharmacy at the University of Iowa in 1971 and then pursued and obtained his doctorate degree in Pharmacology at the University of Virginia in 1976.  Bie Shung completed his postgraduate studies at Duke University in 1978 while he and his wife, who was also attending graduate school, juggled parenthood with his 3-year-old and newborn daughters.  After living in Nebraska and Delaware, Bie Shung and Shuing moved to the Chicago suburbs in 1982 to raise their two daughters.  He spent 30 years working in the pharmaceutical industry in drug development research, mainly at G.D. Searle in Skokie, Illinois (which later merged with Monsanto and then became Pfizer).  One of his group’s main focus of research helped lead to the development of the drug Celecoxib (Celebrex).  In addition to his professional career, Bie Shung enjoyed being active in his church and in the Taiwanese American community.

Bie Shung retired in 2002, and then he and Shuing moved to Camarillo, CA in 2005.  Even in his retirement years, Bie Shung remained deeply interested in pharmaceutical research and was a devoted academic in drug development.  He was a lifelong learner, continuously seeking to perfect his hobbies which included music, cooking, gardening, photography, and videography.  He continued to be active in leadership positions in his church community.  Bie Shung enjoyed spending time with his family and traveling and socializing with his NTU classmates and friends on reunion trips.

We will miss his quirky sense of humor, signature half-smile, frugality for himself but never on others, love of music, methodical approach to problems, compassion for others, unrehearsed sentimentality, fatherly advice, pride in hard work and savings, well-manicured roses and freshly self-mowed lawn, sense of fairness, and doting on his adored grandchildren.  We will miss him always.

He is survived by his wife of nearly 50 years, Shuing Carol Tsai; children Charlotte (Danny Hsia) and Lilian; and three grandchildren Gavin, Harry and Sally Hsia.  He is also survived by his sisters Ihwa Tsai and Yang Ching Liu, and his brother Cheng Dao Tsai.  He is preceded in death by his brother Chang Her Tsai, father Peng Fei Tsai, and mother Chi Wang.

Due to the current COVID-19 social distancing restrictions, Bie Shung’s official memorial services will be deferred to a future date, when his life can be best celebrated by a gathering of his friends and family.

In the meantime, we encourage you to cherish and spend time with your loved ones, in honor of Bie Shung and his always foremost devotion to his family. In lieu of flowers, we plan to honor Bie Shung’s memory with charitable donations that will honor his esteem for higher education and advanced scientific research.  We will provide further details and information soon on this page if you wish to participate.