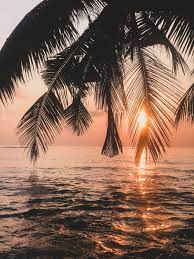 Charlie was born on September 16, 1942 preceded in death by his parents Charles Joseph Geiger and Eleanor Lois Geiger of Dunmore, PA.  He lived in Dunmore, PA with his parents and sister until 1960 when he married Marie Palermo. He moved his wife and 2 daughters to Simi Valley in 1968 with a promotion from Gerber Scientific to start the West Coast division of operations.

Charlie was an accomplished executive who started work at Pratt and Whitney in 1961 and then Gerber Scientific in Connecticut. After 25 years at Gerber, he then started his own company, MicroCare in 1990 that remained successful until his death. Charlie received his Bachelor’s Degree in Business Management at Pepperdine University in 1985 and an M.B.A. at California Lutheran University in 1993.

Charlie had many interests and was an active member of the Pepperdine Booster Club and Simi Valley Corvette Club.  He had a great love for dogs and was a huge Pittsburgh Steelers and Milwaukee Brewers fan. Charlie immersed himself in radio communications and joined the American Radio Relay League.  Charlie was recruited out of his Ham Radio Club to join the Coast Guard Auxiliary in 2008.

Charlie was a proud member of the Coast Guard Auxiliary and received many honors and titles through his 14 years of service.  He created Flotilla 07-07 specializing in communications tasked with developing Coast Guard Watch Standers and qualified comms members.  He was awarded a Coast Guard Citation, Auxiliary Achievement Medal and Auxiliary Commendation Medal ending with the prestigious title of Commodore for District 11SR.

We would like to express our appreciation for the outpouring of love, prayers and support during this sad and difficult time.

The family would like to invite friends to attend a memorial service honoring Charlie with full military honors at: Conejo Mountain Funeral Home & Memorial Park, 2052 Howard Road, Camarillo on Saturday, March 25, 2023 at 11:00 AM.