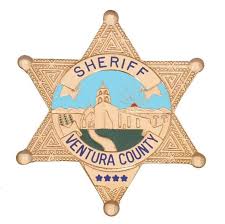 Dennis Ferrel Carpenter, known to his friends as “Carp” and to his grandchildren as “Papaw” passed on to his eternal home in heaven on February 9, 2020 at the age of 66.

Dennis was married to his high school sweetheart, Shirley Thomas Carpenter, for 47 years.  He is preceded in death by his brother, Gerald W. Carpenter (May 2016), his sister, Janice Carpenter Bogner (Dec 2016) and his son, Trevor S Carpenter (June 2017).

Dennis began his law enforcement career with the Port Hueneme Police Department in 1973 before transferring to the Ventura County Sheriff Department in 1977.  He served under 4 sheriffs and worked many assignments from patrol in Thousand Oaks to remote regions in Ventura County’s Lockwood Valley.  Dennis was a training officer at the Sheriff’s Academy for many of the Sheriff Department’s current leaders.  He was a member of the SWAT team, a crew chief with the Aviation Unit and Commander of the county wide narcotics task force.  Dennis served with distinction as the Police Chief of Thousand Oaks, Ventura County’s largest contract city.  He finished his career as Chief Deputy of the Sheriff Department’s patrol services in 2010.

Dennis’ love for God, family, and country will live on in the lives of his children and grandchildren.  The bar was raised high by his  example of kindness, humility, and love and respect for the way he lived out his faith.  He brought HUMOR into every aspect of his life, including his ten year battle with Lewy Bodies and Parkinson’s.

Dennis passed away with his wife, daughter, parents and many family and friends by his side.

In lieu of flowers you may make a donation in Dennis’ memory to THE MICHAEL J FOX FOUNDATION.