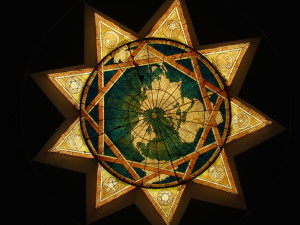 If you are unable to attend Don's service, his family invites you to livestream it at this link: https://www.viewlogies.net/conejo-mountain/hd-IUjbiS?pin=590068. Following the service, this link will be a recording of the service for you to watch at your convenience.

Don Wientjes of Santa Rosa Valley, CA, passed away on August 2nd, 2022, at the age of 81. While enjoying a morning bike ride near his home that he loved for more than 38 years, he suffered a major heart attack. Family members and loved ones were by his side at the end of his life.

Don was born on February 28th, 1941, in Covington, KY to Lawrence Wientjes and Ruth Dexter Wientjes. At a young age Don and his family moved to Southern California. While attending Birmingham High School he played football and developed a group of lifelong friends that eventually became known as the “Downhill Gang”. A bond developed with these friends that transcended 60 years of enjoyment that included snow skiing and summer vacations with families.

Don’s father passed suddenly at a young age and Don was up for the challenge and opportunity to manage the business his father founded. Jacon Fasteners and Electronics was a small business selling fasteners in the San Fernando Valley. Don embraced entrepreneurialism, thought of his employees like family and passionately expanded Jacon in the specialty Aerospace sector. He was active in the National Fastener Distributors Association and was respected throughout the industry. Jacon is still a family business now owned and operated by Don’s son Mark and his wife Chanel. Don never retired and was still seen daily working in the office.

Don was introduced to the love of his life for the past 48 years, Susan Penfield Wientjes through good friends. Don and Sue loved attending plays, concerts and were typically the first couple on the dance floor at every celebration they attended. They especially enjoyed traveling the world together. Their travels included African Safaris, Gorillas in Uganda, trekking through Patagonia, Brazil, Bhutan, Asia and Europe to name a few.

Throughout his life Don stayed active, skiing, hiking, biking, and especially golfing and flyfishing.  He was a longtime member of Las Posas Country Club and loved playing, watching and talking all things golf. For the past 15 years Don and Sue spent time with family and friends at their cabin in Mammoth in the Eastern Sierras where Don would spend many hours float tubing or shore fishing.

Don was a true friend, with unmatched genuineness, an eagerness to listen and a curiosity that kept him always exploring. He lived a thankful life lead by kindness which has set an example for us all.

A celebration of life will be planned at Conejo Mountain Memorial Park in Camarillo, CA.