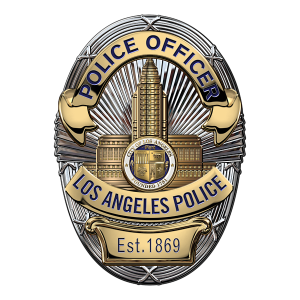 Legendary and very much loved,

As well as an amazing group of family and friends.

Gene was born in Los Angeles, Ca on Jan 4th 1943,to parents Beth and Donald Nabonne of Gardena, Ca.

He joined the Army in July of 1961 as Private E1. Upon his honorable discharge in June 1964, he had risen to the rank of Sergeant E5 and received a Good Conduct medal and a Sharpshooter Badge.

Most of his time in the Army was spent training with his mechanical tank division, in Colorado, and served in Kaiserslautern, Germany.

After his service to his country was completed, Gene worked at a furniture shop in Culver City with brother Phillip.

On November 21st 1964, he married his childhood sweetheart and love of his life, Glenda Janis Maran. They were married for 37 years. Glenda passed away in Dec 2001.

In 1969, Gene attended and graduated from The Los Angeles Police Academy. He Protected and Served his community with the LAPD for 26 years, 8 of which was on motors, until his retirement in 1995. After retirement he worked security and traffic control for the movie industry. This allowed him to still get into uniform, and ride his motorcycle as often as he could.

When Gene wasn't working to provide for his family or protecting and serving his community he liked to "play" and "play" he did!

His most favorite "playtime" was on the Colorado River, boating and going to the casinos. The more family and friends that could come with him, the better... BUT he was going to the river with or without you! And that went for the casino's too!

He had a knack for being able to find parts for the engines he worked on. His ability to find a "good deal" on anything that had wheels, floated or was able to be shot, was a priceless gift to all!

He adored spending time with his mother in law, Marie and his time spent including Friday night dinner dates with Tank, his longtime BFF. He also spoke very fondly about his childhood time spent and hunting trips with Brother in law, Gary. A great day for Gene was to have his 2 younger grandsons, Tanner and Tyler jumping on and off his lap, watching sports and his favorite TV shows with Logan and going to Masons Football games.

Gene followed his own religion... Family/Friends and good times were his church. If he gave you a nickname, no matter how off the wall it was, it meant you were in!

Even better sealed the deal with Gene if he asked you for a smooch!

That's what dad did and what an honor it was to be a part of his life!

"We think about you always, we talk about you still, you have never been forgotten and you never will!

We hold you close within our hearts and there you will remain to walk and guide us through our lives, until we meet again."