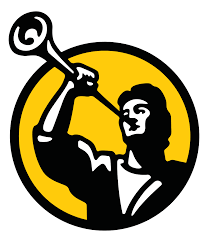 CAMARILLO – Evelyn Mae Charles Maddux passed away at her home on April 18, 2022, at the age of 88 from causes incident to breast cancer.

Evelyn was born on January 23, 1934, in Los Angeles, California to Newton Ludlow Charles and Esther Harris Charles. She was an only child. Her father taught her his two favorite pastimes, fishing, and baseball, and she was good at both of them. She was loved and cherished by both of her parents and her extended family members. She lived most of her youth in the Highland Park neighborhood of Los Angeles. She graduated from Annandale Grammar School, Luther Burbank Junior High School, and Benjamin Franklin High School. During high school she worked at various jobs, including as a legal secretary at a local law firm. Although, she graduated from high school with a 4.0 GPA, because of the lack of available funds she attended Los Angeles City College and earned an AA degree (again having a 4.0 GPA) and then went to work because of economic necessity.

During her youth she became an accomplished violinist and played with the Glendale Symphony Orchestra. She loved to read and borrowed many books from her violin teacher and others since she grew up in a bookless home. Her favorite subject was English. She was an excellent writer. Her father and mother loved to camp and fish, consequently all of her vacations as a youth consisted of camping and fishing (and camping and fishing fit into the family budget). As an adult her idea of camping was a four-star hotel.

As a young adult, she worked at the law firm of Gibson, Dunn & Crutcher. She was then offered a position to support the leadership of the U.S. Army at the United States European Command located in Paris, France. She jumped at the chance and saw it as an opportunity to travel Europe, which she did. She traveled around France at every chance and to Spain, Italy, Belgium, Germany, The Netherlands, and Switzerland. Traveling Europe was a dream come true, especially for someone who grew up in a humble household.

Upon her return to the United States, she accepted a position as the legal secretary to the managing partner of the Los Angele law firm of Hill, Farrer & Burrill. While working there she met a USC graduate that was beginning a career in the life insurance industry with New York Life. After dating for a few months, she married James Richard Maddux. Together they decided to move to Ventura County, where Jim had grown up and there build a life insurance business together. Jim was the client facing/business development person, and she ran the back office.

In August of 1970 Evelyn, Jim, John and David were baptized members of the Church of Jesus Christ of Latter-Day Saints after many months of attending the church, study, prayer and careful consideration. This event brought about much change and happiness in Evelyn’s life and in the lives of her family members. The restored Gospel of Jesus Christ helped strengthen her and Jim’s marriage and provided guidance to her family, especially to her two young sons. Evelyn served continuously in various callings in the Church including as a ward and stake young women’s president, and as a full-time missionary for three years in the Illinois, Chicago Mission while Jim served as the Mission President. She was also a temple ordinance worker in the Los Angeles Temple and loved temple and family history work. Her faith and gospel knowledge were both deep.

As her journey in mortality neared its end, she looked forward to a reunion with her family members that had already passed; specifically, her mom and dad. Her life was really focused on three things: 1. Love of God; 2. Love of Family; and 3. Service to others. It seemed that she was regularly taking meals to others and otherwise serving them in their needs. Kindness is the one trait that best describes her.

Evelyn also loved to have fun. She liked to travel, she was a good tennis player and enjoyed playing tennis with her friends, she was an accomplished seamstress, and she loved family dinners. She was also a good gift giver. In her twilight years she loved being home and sitting on her porch looking at the view of the Las Posas Valley that she loved so much.