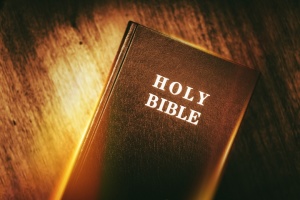 Franklin Dwight Leupp, Sr., after a bout with an aggressive cancer, entered God’s presence at the age of 88 on May 29, 2021, surrounded by family at the home of his eldest daughter in Kingwood, Texas. He was born in Mayville, North Dakota on April 12, 1933 to Arthur and Ione McNair Leupp and was a follower of Jesus Christ from a young age. Frank graduated from high school as the valedictorian, in Stanton, North Dakota, where his family lived and owned a hardware store.  Having enlisted in the Navy at 17, he served on the USS Ajax during the Korean War and served in the Naval Reserve until 1966.

After he was released from active duty in San Diego, CA, Frank followed a shipmate to Clovis where he attended church and met the vivacious Betty Charmayne Roebuck who became his wife in 1954.  The young couple moved to Fargo, North Dakota where he graduated from North Dakota State University with a B.S. in Mathematics. While in college, he served as a police officer in Fargo and a salesman for Caterpillar.

Frank’s federal civil-service career of thirty-two years included the Civil Service Commission, the Department of Agriculture, working with the Univac computer in Kansas City, Missouri. So Betty, an only child, could be closer to her parents in California, Frank transferred to the Naval Ship Weapons Station in Port Hueneme, California. He retired from the Pacific Missile Test Center as the Computer Security Officer. His professional life was spent as one of the early integrators of computational analysis, programming and cyber security.  His passions were: Jesus Christ, missions, travel, computer programming, music, languages, skiing, gardening, writing and starting at age 56, marathons.

Frank was preceded in death by his wife, Betty; parents, Art & Ione Leupp, of Stanton, ND; and a brother and sister-in-law Gene and Ruth Leupp, of Honolulu, HI.

Frank will be laid to rest next to his wife, Betty, at a family graveside service. A public memorial service will be held at Chapel City Church in Camarillo on Monday, June 21st at 10 am.

In lieu of flowers or gifts, please consider donating to the Global Outreach Ministry at Chapel City Church, 2315 Ventura Blvd, Camarillo, CA 93010 in honor of Frank’s passion for gospel missions.