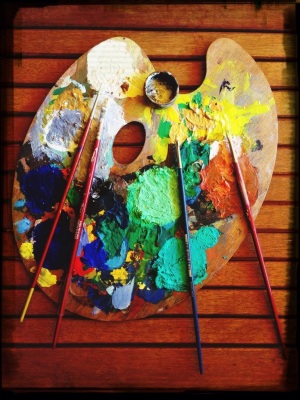 On Monday, June 15, while surrounded by family, Jacqueline Sue Heinemann passed away peacefully.

Jacqueline was born March 25, 1943, to Jack and Margaret Heddell.  Along with her brother John, Jacqueline was raised in St. Louis Missouri.  As she would describe, she was close enough to the zoo to hear the lion roar.  While in high school, she did some modeling for Famous and Bar and met her husband, Dennis Heinemann, while serving as a salad girl at a restaurant.  She received her bachelor’s degree in Art Education from the University of Missouri in 1965 and married Dennis the same year.

Jackie had many passions:  watercolors, pastels, sculpting, printmaking, cooking, storytelling, nature, animals, church, dress making, cookies and interior design.  The greatest of all, however, was her love for family.  Jacqueline and Dennis had four children:  daughters Shelley Cornell (Thornton), Christa Lamb, Jane Dmochowski (Ivan), and son, Andrew Heinemann (Melissa).  Jackie was a dedicated mom, serving as Girl Scout leader, all-around cheerleader, chef, chauffer, Sunday School Teacher, Vacation Bible School Teacher, carnival face-painter, seamstress, creator of one of the first Panther mascot costumes, “sit-down comedian”, floral arranger and party planner.  To any activity she brought her colorful enthusiasm, bold sense of humor and somewhat flagrant consumption of life.  As the saying goes, Jackie “had an eye” for beauty, and was driven to show it to the world.

Jackie and Dennis lived in four different states over the years, Missouri, Kansas, Michigan and California.  They also spent some time in South Carolina and Germany.  In addition, they often traveled, always seeking out art museums and beautiful spaces in nature.  Jackie collected postcards of this beauty from all over the world, but, was keen to return to family and share her stories.  She had ten amazing grandchildren whom she was happy to brag about.  Carrie and Clark Lamb, Oliver and Penelope Dmochowski and Stephanie (Nick), Karina, Duncan, Peter, James and Juliana Cornell.  In the past year she was overjoyed to add a “great” to her list with great-granddaughter Emlyn Pyskir.  Her love and laughter will roar within each of them.

Jacqueline will be remembered by family and friends as someone who was as generous in compliments as she was in her application of perfume, as colorful in character as she was in her art and as driven by her zest for life as she was ravenous for sweets.  If you have the chance, put on a large floppy hat, wave to all, put the top down on a convertible, (or roll the windows down) so you can hear the engine roar. Put your dog in the front seat and go through a drive- through for a mocha shake or cheeseburger.  Don’t forget one for the dog.

The family has planned a virtual/online service to be held Saturday, July 25th, 2020 at 6:00 pm PST.  Please see http://www.stmatthewsnp.com for zoom link.  Plans will be made for an “in-person” celebration of life at a future date.