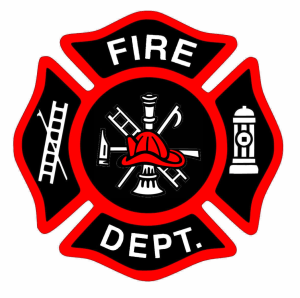 Jim was born to Wava and Gerald Spykerman at home in Grand Rapids, Michigan on September 15, 1936. He was the second of seven children and the oldest boy. His father, who was in the Navy, was often deployed during World War II. As a result, Jim became a father like figure to his younger siblings at a very young age.

Jim’s family moved from Michigan to Port Hueneme, California the summer before Jim’s junior year in high school. He graduated from Oxnard High School in 1954. Jim graduated from Ventura Community College and worked the for the telephone company before he was hired by the Ventura County Fire Department.

While in high school, he was lucky to meet the love of his life, Jacqueline (Jackie) McBeth. His mother actually picked out her out for him. One day, he was helping his mother hang laundry on the outdoor clothesline. Jackie walked by to mail a letter. His mother saw her, and teasingly said, “There’s a girl for you.” It wasn’t much after this that they met and began their courtship. A year later, they learned Jackie’s father was being transferred to Japan. Despite Jackie being just 16 years old, on June 24, 1956, for $23.50, they eloped in Tijuana, Mexico. When they returned home, they negotiated with their parents, that Jackie would complete high school and have a wedding before her family was transferred. On February 2, 1957, Jackie and Jim began their nearly 65 years of marriage.

Jackie and Jim have four children and eight grandchildren. He was a devoted father and grandfather, who had the ability to make each child feel loved and special. His unconditional love was unwavering. Jim taught his children to love life. He encouraged them to seeking happiness in life. He shared with them his love of nature, camping, golf, water and snow skiing, and God.

If you knew Jim, you also knew he loved God, his family, and being a fireman. Jim started at the fire department at 20 years old as a volunteer. A year later, after finishing first in his class at the academy, he became a fireman and chose to be stationed in El Rio, California. He made many beloved friends working for the fire department as he progressed through the ranks. He and his brother, Danny, who he recruited to the fire department, were both promoted to Battalion Chief on the same day in 1988. Jim retired from the fire department in 1992 at the age of 55.

Jim was not the retiring sort. He was always busy, and he knew how to work with his hands. He credited some of this knowledge to the man down the street who owned an appliance repair shop. When Jim was in middle school, he would escape to the shop. The workers taught this boy to successfully pull apart and reassemble appliances. If only those men knew the mentorship and guidance they provided to young Jim. Their influence was immeasurable.

His retirement allowed him time to work as a Golf Course Marshal. This provided for his golf fees allowing him to play more often and ever improve his game. He also worked as a Building Inspector. This came easy to him after building his family three homes and nearly 35 years of fire inspections. He always made time to be involved at his Seventh-day Adventist Church. When his children were young, he was Pathfinder Leader and taught Junior and Youth Sabbath School. More recently, he helped with Vacation Bible School and taught Adult Sabbath School. He was a Deacon and a member on the Church Board. Other examples of his volunteer work at church were creating and updating the church directory, helping build sets and lighting for the nativity program, Work Bee’s, remodeling the church bathrooms, and the setting up the security system.

Jim was passionate about traveling and his RV. He and Jackie explored most of the United States in one of their multitude of RV’s and were lucky enough to explore other parts of the world through cruising and other traveling. When asked, the place he loved best was Sandy Pines Resort in Michigan. (If you have been there, then you know why). He said, the RV trip he liked the best, was their trip up the western seaboard along the Oregon Coast that they took last fall. This was a trip without a specific plan or destination. They just drove a few hours every few days, Spending time enjoying the culture and God’s beauty in each location.

His sense of humor was irresistible. He was often the life of the party. Telling humorous tales to all who were present. He was the master of mischief and bad jokes. His facial expressions when he was doing something mischievous like grabbing another cookie when Jackie had told him he’d had enough was priceless.

Jim loved God with all his heart. He was a strong and faithful Christian. He led others to Christ demonstrating God’s love. When he and Jackie got married and began their spiritual journey together. They attended a protestant church near their home. In this time, Jackie’s sister, Jeanne, joined the Seventh-day Adventist Church. She invited them to attend church with her. They soon began Bible Studies and were baptized. This was the beginning of his lifelong relationship with Christ.

Jim is survived by his wife, Jacqueline (Jackie), daughter Lesa (and Al) Grovas, his son James (and Connie) Spykerman, son Kirk (and Stacey) Spykerman. daughter Jena (and Scott) Fullerton, and eight adoring grandchildren, Anna, Tori, AJ, Faith, Kade, Riley, Krista, and Kenzie. His five sisters and his brother as well as their spouses and children who will all mourn his passing.

He will be laid to rest at Conejo Mountain Funeral Home, Memorial Park and Crematory in Camarillo, CA. Graveside Celebration of Life will be held Sunday, June 6th at 1:00 pm.