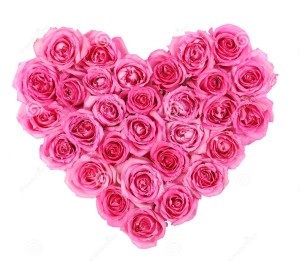 Jan was born in Mitchell, South Dakota  October 17, 1942 to Albert and Lois Campbell.  The family moved to Tacoma, Washington while she was very young.  She grew up in Tacoma and attended Lincoln High School.

While in High School, she was a member of the Pep Squad and Job's Daughters. She then relocated to Ojai, CA where she held several jobs including working as a seamstress at a garment factory and as an admitting clerk at Community Memorial Hospital.

She soon obtained a Diploma from Sawyers Business School which enabled her to obtain employment at the NSMSES, Port Hueneme.  She was assigned to the Secretarial Typing Pool as a GS-3 Clerk-Typist.  As a result of her skills, hard work and professionalism, she was soon assigned as Division Secretary in the Ship Test Division where she met her future husband (of 45 years) Larry.  Her duties as a secretary also included  managing the Division typing workload and training and supervision of 3 junior clerk-typists. The nature of the work of the Division involved typing and correcting voluminous test documents.  As a testament to her skills in working with people, all her trainees subsequently went on to much more responsible positions.  This was the beginning of a 27-year career at the Station during which she obtained many performance awards and promotions. She retired in 2002 as a GS-12 Supervisory Administrative Officer.

Around 1981, she took a leave of absence from her job to spend more time with her baby Marti. During that period, she bowled in the Ladies Morning League which she loved.  She was awarded the Leagues Most Improved Bowler Trophy in 1981 and helped her team win the League Championship in 1984.

Around this time she started seven-year old Marti in competitive swimming with the Pleasant Valley Swim Club. This resulted in 10 years of intense dedication from Jan in support of Marti's swimming: Getting her to early morning and evening workouts including weekends.

Working in support of the club behind the scenes as board members and at 2-day swim meets around the area and at remote sites.  The effort intensified when PVST was hosting meets which included fund raisers, like running the Snack Bar, obtaining advertisements from local business for inclusion in meet programs, preparing and printing programs. Jan always enjoyed these activities and made many friends during this period.

As Marti achieved higher and higher competitive levels, as a nationally ranked swimmer, Jan's commitment became more intense.  She would need to be at the Buena swim pool at 5:30 am which required her to arise at 4:30 am week after week. She never wavered.  Her dedication and sacrifice were an inspiration to Marti who continued to reach great heights as a swimmer.  Among her many victories was anchoring the 4X100 meter free style relay with the fastest high-school time in the Nation in 1985.

During her retirement, Jan pursued several areas, she started Yoga where she was soon joined by other friends from NSWES and the community.  This group of about 10 women soon became a defacto Club. After morning Yoga, some of the club would usually gather for coffee and gab at the local Coffee Bean and Tea Leaf.  Soon the group began Quilting which involved more happy social gatherings and excursions to areas of interest.  Jan became a voracious Quilter, making beautiful quilts for sons and daughters, grand-sons and daughters, and great-grand sons and daughters as well as friends.  She entered quilts in the County Fair winning recognition on all.  One year the family Doctor(Dr. Allan) went to the fair specifically to see her quilts.  He really admired one of them in particular.  Jan quickly prepared a label and attached it to the quilt and subsequently gifted it to Dr. Allan who was overwhelmed.  The label read something like this: “Thank you Doctor Allan for your decades of Professional and Compassionate care.”

She always had a project in-process. The ladies would have monthly luncheons at rotating homes where they would gab, have lunch and show their latest creations. They were a happy, tight knit group who loved each other.

With two of her friends(Mary Lou and Kay) she began to schedule “shopping” dates.  On alternating Fridays they would meet for coffee, then shopping, lunch and more shopping. The trio would always celebrate each others Birthdays with, yes, a lunch.

Jan had a bright and friendly personality with a beautiful smile.  Her presence brought cheer to any room she entered and brightened the day for all she encountered.  All who knew her loved her.She loved people and loved to visit could always be counted on to start or continue a conversation.

During her 10 year battle with Cancer, her doctors were amazed with her ability to tolerate and recover  from several types of Chemo-therapy, hospitalizations, surgeries, infections, scans, exploratory procedures and radiation.  She always maintained a happy attitude and a smile.  When asked by a doctor How do you feel? she would always respond with “Fine”. She was a very strong and courageous person, never complaining.  The love that she and Larry shared was, more than once, admired by hospital nurses.  One saying that her own “heart was warmed by their obvious deep love for each other”. Several other nurses said that their love was apparent to those who treated her.

She loved her home in which she and Larry took great pride. She loved to participate in remodel and decoration and spent lots of time in her “Craft room” where she created her Quilts and  other projects: Table runners, Drink Coasters,  Purses, Hot Pads and other useful items.  As a “shopper”, she would frequently bring home something new. Jan really liked pillows, anyone who visited her home would be treated to her pillow decorating skills.  Additionally, she had closets full of changeable pillows.

She liked to sit outside on her beautifully landscaped areas for coffee with Larry and friends.  Until she began to get more serious health issues, she almost single-handedly used to organize and prepare for get-togethers for the family.  For years she did this for holidays, birthdays, graduations and other special occasions both indoor and outdoor.  She worked tirelessly to please others, family and friends even though she was fighting her illness and often was not at her best.  She never gave any indication that she was not at full strength.

Your browser does not support this video format. You should be able to view it in Chrome, Safari or Internet Explorer.