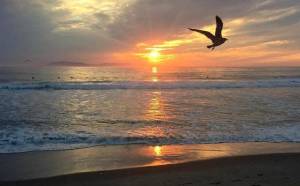 Joe (aka Joey) was born on August 18, 1937 to Doris and Wesley Montville in Southbridge, MA. After graduating from Eastside High School in Paterson, NJ, Joe received his B.A. in International Relations from Lehigh University in 1959, then his M.A. in Middle Eastern Studies from Harvard University in 1961. While at Harvard he studied at Cairo University on a Fulbright. He attended Columbia University from ’61 to ’65, leaving as a certified Ph.D. candidate in Comparative Politics (Middle East, Latin America, France). His briefcase which held all of the research for his dissertation was stolen in a minute of neglect on a sidewalk in Washington Heights, NYC and he never completed it.

In August 1965, Joe embarked on his first post as a Foreign Service Officer with the Dept. of State. He was General Officer in Baghdad, then Consular Officer, in Basra, Iraq through June 1967, when the Six Day War broke and the Consulate was attacked. One of his favorite stories was how he facilitated a truce in a heated exchange between a General in the Iraqi Army and the Basra Fire Chief during the attack. The General wanted to protect the U.S. Consulate. The Fire Chief wanted to put out the fires in the large metal drums where classified documents burned, putting off alarming plumes of black smoke. Dad explained, “This is just what we do.”

After two years of intensive Arabic Language training in Beirut, Lebanon, Joe became Principal Officer at Embassy Offices in Benghazi and Baida, Libya from 1969-1971, then a Political Officer at the Embassy in Tripoli, Libya. This was when Gaddafi came into power and made life for U.S. Diplomats challenging to say the least.

His last post in North Africa was as a Political Officer at the Embassy in Rabat, Morocco, which ended in 1973. It was a delightful time, days long picnics on miles of empty beaches...despite two exciting coup d'etat attempts on King Hassan II.

At the Department of State, Washington DC, beginning under Henry Kissinger in 1973, and finishing under George Schultz in 1988, Joe held various lead positions, first at the Bureau of Near East and South Asian Affairs, then Director of the Office of Global Issues for the Bureau of Intelligence and Research.

By this time,  Joe was almost a decade into important work with the Esalen Institute in Big Sur, CA, where he coined the term “Track Two Diplomacy”. It was during this time, beginning in 1981, Joe’s life’s work evolved to what would become his mission “to heal” conflicts.

His many trips to Palestine and Israel to meet with Imams and Rabbi were very important to him. It was fitting that in his bedroom during the last months of his life hung a large colorful expressionistic oil painting of Rabbi and Imams in the Holy Land, a gift from his son-in-law. He would gaze at it and express how important it was.

Joe had a huge capacity for love and compassion. He was a true friend to his colleagues and many whom have shared in their condolences, he lifted up making profound influences in their own careers. Joe was a lover of life, but mostly selfless, giving and humble, and uncompromising in his values for truth and justice.

He loved to recount stories from his work abroad, daring, funny, intriguing and sometimes stark anecdotes. He met amazing people along the way, including Gorbachev and Pope Francis. He remembered an encyclopedia’s worth detailed history, names and dates.

He also loved to sing opera, and starred in “Amal and the Night Visitors” and “The Telephone” with the “Rabat Singers”. He was a member of the National Cathedral’s Choral Society. He loved culture, the arts, and travel. There were summers attending the Spoleto Music Festival in Spoleto, Italy, season tickets to the Kennedy Center and the National Symphony. He loved Mahler and Puccini.

Joe loved fine wine, and remembered longingly the cases of French reds he kept in his office closet in Iraq in the 60’s. He loved to cook and made beautiful Italian meals, homemade pasta, bread, yogurt and mayonnaise.

For those who knew him well, Joe would share a sharp, and hilarious wit. He would just randomly throw a dry quip into the mix that would crack up everyone within earshot. He had little filter toward the end of his life. He told the doctor, "I'm old, sh*t happens", and the doctor had to laugh.

Joe's most cherished role in life was being a father and grandfather. He loved his children and grandchildren deeply. And we loved him back. He was our hero.

We invite friends, family and colleagues  to share their thoughts and memories.