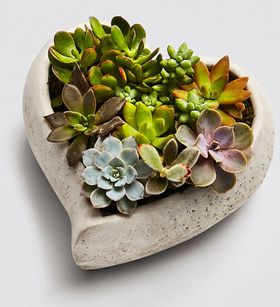 Margaret (Mar) Ann Bissell of Westlake Village, California, passed away on December 16, 2022, at the age of 90.

Margaret was born October 23, 1932, to George and Helen Rybak of New Brighton, Minnesota.  She graduated from White Bear High School in 1950 and received her certificate in nursing from the University of Minnesota in 1951.

In 1953, after working for a year and a half as a nurse in the University of Minnesota Hospitals, Margaret and her younger sister, Marian, packed everything they owned in her Chevy Club Coupe and went looking for adventure in sunny Southern California.

On the way, they stopped to visit their brother, Richard, and his young family in Whitefish, Montana, where he was working for the Great Northern Railroad. While there, they struck up a friendship with Bobbie Stieg, a coworker of Richard’s. Bobbie was so enthralled by their plans that she quit her job at the railroad and joined them on their journey to California.

After reaching California, all three ladies rented an apartment together and got jobs at Hughes Aircraft.  Mar received training in the relatively new field of computer programming languages and found that she had a real knack for it.

After working as a programmer for Hughes Aircraft for three years, Mar was hired by System Development Corporation, where she continued to work as a programmer and programming manager for 32 years. She worked on many fascinating projects that were important to the security of America. These programs included training aids for Air Force radar crews, air defense system training, and strategic air command data management.  Later she worked on programs for ocean surveillance information, tactical information processing, and intelligence support display systems to be used by the Navy.

In early 1974, through the prompting of mutual friends, Margaret met William (Bill) Bissell, a rocket scientist working at Rocketdyne. Sharing many of the same interests, they immediately hit it off. They were married in December 1974 while visiting Mar’s relatives in the Seattle area.

In 1975, they purchased their dream home in the beautiful hills of Westlake Village with a spectacular view of the Santa Monica Mountains. In the years that followed, they divided their spare time between beautifying their house and traveling across America and to hundreds of exotic places around the globe.

Over the years, they traveled to numerous foreign lands, enjoying wildlife, historical landmarks, archeological digs, the architecture of big cities, and the quaintness of small villages. They were enthralled by art, history, and nature and were always eager to sample the local cuisines of the places they visited. Whether visiting friends and relatives, on a cruise, on a European river boat tour, in the Australian outback, on an African safari, driving the Great Alaskan Highway, camping in the desert, or backpacking in the Sierras, they lived to explore as much of God’s creation as possible. Altogether they traveled to nearly 200 different destinations spread across all seven continents. Being avid photographers, Mar and Bill were always happy to share a slide show of their latest adventure.

Margaret retired from SDC in 1988.  Never one to be idle, she used her newly free time to serve her community by volunteering at her local library, tutoring a literacy reading group for adults, and working as a curator for a local museum. She did all this in addition to planning their upcoming travel adventures and experimenting with scrumptious new recipes to try out on Bill.

Always an avid game player, Mar renewed her interest in playing bridge shortly after the bicentennial.  Over the years, it became a passion, and she was extremely proud when she finally earned more than 1,000 master points and the rank of Silver Life Master.

In 2005, after taking some lessons, Mar took up oil painting and produced many beautiful paintings.

In 2012, after 37 years of marriage, Bill passed away.  After recovering from the shock of Bill’s passing, Margaret continued to travel and see the world.  She was happiest when she could share those experiences with her loved ones and close friends.  Before she became ill, she was looking forward to another trip to Africa to see the elephants.

In 2014, Mar made a friend who would partially lessen the void left by Bill’s passing. A little terrier-poodle mix named Molly became her constant companion.  Walking Molly several times a day helped Mar get her daily exercise and was also a catalyst for strengthening friendships with her wonderful neighbors.  Mar was fond of saying, “I live in paradise.”

Christmas was one of Margaret’s favorite times of the year.  She loved singing carols to herself while decorating the house and wrapping gifts.  She always looked forward to spending the holidays with members of her extended family—either visiting them or hosting them at her house.

Margaret was preceded in death by the love of her life, Bill; her brother, Richard (Rybak); her sister Elenore (Indykiewicz); and her beloved little Molly. She is survived by her sisters Evelyn (Reiling) and Marian (Clement) and many nieces, nephews, great-nieces, and great-nephews, who have always affectionately addressed her as Auntie Mar.  Mar was an incredibly fun, generous, and loving “people person.”  She will be greatly missed.

In lieu of flowers, donations may be made in Margaret's name to the Nature Conservancy at https://preserve.nature.org/page/119497/donate/1?en_txn1=p_g.dfa.fd.dtd.br&supporter.appealCode=AHOMQ200700W1SXX00&en_txn8=NewSch.ADPCGO2301PDNZNZZD01Z01-BZUZZ-DGAQ&gclid=Cj0KCQiA8t2eBhDeARIsAAVEga09uXxEpz5B1GYQSJ3Y-7HSNl8BbC3UDfKmmZ1nVvQMNt75TI4JMpMaAnLGEALw_wcB&gclsrc=aw.ds