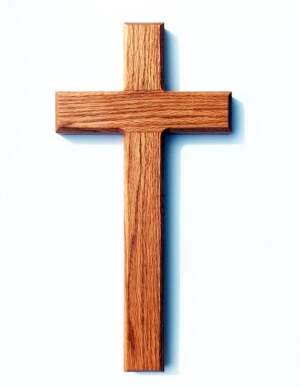 Marilyn Ann (Thornton) Farwell was born into the small agricultural town of Donnellson, Iowa, dubbed the “Picture Perfect Small Town,” on Friday, October, 25, 1935 – exactly one year after the day her parents, Neil Alexander Thornton and Blanche Mae Weber, were married. Population was less than 600 at the time. She was the oldest of three daughters – sister Judy Arlene (now married to Timothy McKinna) was the middle child, and the youngest was Nancy Annette (married to John Baker, both since passed). Even as she grew older, she called her father “daddy” as memorialized in her scrapbook. The girls lost their daddy to cancer when they were ages 12, 8 and 4. Times were tough, and out of a deep love for the Thornton family – and their love for Blanche -- their mom married Neil’s brother, Fremont (Monty), to ensure they all would be cared for.

The family moved to Burlington, Iowa, and then later to Roseville, Illinois, when Marilyn’s parents purchased a restaurant. Every day after school, Marilyn would work in the restaurant until closing. Between school, work and homework, there was little time for anything else, but somehow she always had close knit friends. Although you wouldn’t call her a “social butterfly”, she was someone people wanted to be around because of her kindness and sweet spirit. She was the homecoming queen her Senior year at Roseville High School, and she graduated in May 1953. One year later, the family moved to Camarillo, California.

Sister Judy recalls that Marilyn became like a “second mother” to her younger siblings. She always tried to ensure they behaved and were well cared for. Judy fondly remembers when she desperately wanted to attend an audition in Hollywood but the family could not afford the travel, nor even a dress to audition in. Marilyn said, “don’t you worry – I will take care of it.” She bought her a fluffy yellow dress to wear and traveled with her to Hollywood for the audition.

The family had a love of music, and Marilyn was no exception. She was in the marching band, playing the Alto Saxophone. The sax was almost as big as she was, but she proudly marched in parades and at sporting events with her sax. Later, her oldest daughter would join the band and played the saxophone as well. Her youngest daughter played the flute. Marilyn’s love for music caused her to join the choir at her beloved Methodist Church, which she joined in Camarillo in 1954 (now called Camarillo United Methodist, located on Anacapa Drive).

From the time Marilyn arrived in Camarillo in 1954 to the time she retired in approximately 1998, Marilyn worked at Bank of America in their original location on Arneill Road to the current location on Ponderosa Drive. She was a popular Teller at the branch, with customers who were known to allow others to pass them in line while they waited for Marilyn to be available. She made life-long friends with both co-workers and customers there.

Marilyn loved babies, and she was thrilled when she had her first child, Cynthia Ann (married name Pumphrey) with her first husband. She later was divorced from Cindy’s father and married the man who would become the love of her life and her best friend – William “Bert” Farwell, a life-long resident of Ventura County. Bert had been married before as well and had a son named William “Greg” Farwell. Bert and Marilyn first met at a “Parents Without Partners” meeting and began dating, and square dancing – as Bert was a square dance “caller”. They eventually married on what would be a fateful day, November 22, 1963. As Bert was driving home from work to get ready for their evening wedding, he heard on the radio John F. Kennedy had just been shot. Bert and Marilyn considered what to do and decided to continue with their plans. Although the world was shattered at the news, life went on, as did their wedding, as well as their honeymoon in San Diego.

It was in San Diego that Bert came to realize his wife’s great enjoyment for shopping at boutiques and gift shops and craft fairs. She could spend hours browsing for unique treasures and tourist-type trinkets. She would also often work a booth with her daughter Cindy at craft fairs as Cindy sold her homemade dolls, paintings, and other beautiful handmade items.

Bert and Marilyn had a daughter together, Michelle Ann (now married to Kriss Shriver). Their little family had a number of adventures – moving to Linkoping, Sweden for 18 months for Bert’s work with the Raytheon Company, and then later to Las Cruces, New Mexico. They also traveled extensively for Michelle’s gymnastics’ meets throughout the southwest and even nationally at times.

Family has always been the highest value to Marilyn, and to Bert. They loved and cared for not only their children, but their grandchildren and great grandchildren. Cindy’s children – Jeffrey Thomas Farwell, Tiffany Susanne Pumphrey, and Jeremy Michael Pumphrey – often lived in or near the Farwell home during their younger years. Later, when Marilyn and Bert’s great grandchildren were placed in foster care in 2003, they immediately started the process to be licensed foster care parents. Within a couple of months, Alora Dannon (now married to Patrick Jolley), age 9 at the time, Devin Ray, age 4, and Dillon William, age 3 months, all came to live with Marilyn and Bert. Three years later they were legally adopted as Farwell children and Marilyn and Bert started round 2 of raising children for the last 17 years.

Marilyn’s care for others spilled over into her volunteer work. She volunteered at her church in several capacities, at the Boys & Girls Club of Camarillo in the snack bar, and was part of the Pleasant Valley Hospital Auxiliary, volunteering in the hospital gift shop for many years. In fact, Marilyn was recognized by the Pleasant Valley Historical Society as a “Doña” in 19xx.  Doñas are long-time local residents who have made a difference in the community through their professional and volunteer efforts for at least twenty years.

In recent years, Marilyn has struggled with several health challenges, before succumbing to cancer on October 24, 2020, one day shy of her 85th birthday. Her first bout of cancer was in 1996 with uterine cancer, which she soundly beat through surgery and follow up radiation. However, in April 2020, she was diagnosed with rectal cancer. Again, she had surgery and started the road to recovery. She fought hard to gain strength and in her quest to become well – overcoming heart challenges, hypotension, dehydration, and infections along the way. Although she was in an out of the hospital, she always returned home to the care of her family. However, in October this year, she was diagnosed with Stage 4 metastatic cancer – of the uterine again. She came home on hospice and after two and a half weeks she left this earth to meet Jesus at her new heavenly home. The Lord promises in John 14:1-4 that He has prepared a place for us. Although her family’s heart is heavy with grief, we know we will see her again in eternity…and we’ll square dance with her on the streets of gold in the heavenly city.

Her celebration of life service will be held on Sunday, November 1, at 1p, outdoors at Conejo Mountain Memorial Park. (Masks are required for all attendees age 2 or older.)

Your browser does not support this video format. You should be able to view it in Chrome, Safari or Internet Explorer.