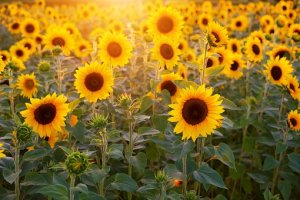 Maxine Gill of Camarillo, passed away on the morning of October 26, 2019 just two days short of her 94th birthday. Maxine lived in Ventura County for more than eighty years and watched it grow from its agricultural roots to its present urban economy. She was a young girl of four when her parents moved to Port Hueneme from Arkansas just as the depression began. She thrived in the County and loved its blue skies, sunshine and ocean. But its greatest attribute was its nearly perfect conditions to grow any plant she could imagine.  Maxine went to grammar school in Somis and high school in Moorpark.  She married Joe Gill of Somis, her classmate and friend of her older brother Charles, in 1942. Joe and Maxine made their home in Camarillo Heights and had five children.  Most of her years were spent in Camarillo, a place she always thought of as home.  After raising her children, Maxine worked at Senior Concerns in Thousand Oaks and volunteered at Habitat for Humanity Restore in Oxnard.

To send flowers to the family or plant a tree in memory of Maxine Gill, please visit our floral store.