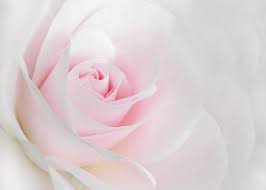 Patience Cornell Swagler (Patty) of Camarillo passed away at home on November 4, 2022. She was 86. Patty was born in Grand Rapids, Michigan and grew up in several towns in the mid west.

She earned a scholarship to nursing school.  She met the love of her life, Norman, in Fort Wayne Indiana. They were married for 59 years raising three boys residing primary in Camarillo, moving there in 1969.

She had several varied interests in her life; playing the piano, crafts and ceramics, gardening and especially traveling with several trips overseas and throughout the United States. Patty greatly enjoyed entertaining, hosting many pool parties at home for friends and family. She delighted in spoiling her three grandchildren.

Patty returned to her academic career later in life, earning two degrees a B.S. in Nursing in 1978 and a Master degree in 1982. She was a member of the AAUW. She worked for many years in various nursing positions at Los Robles hospital in Thousand Oaks. She worked as a critical care nurse, and then became nursing supervisor of the Hyperbaric unit. She ended her stay at Los Robles as the nursing and patient education coordinator. She then started her own diabetes patient education practice. Her professional affiliations included the Nursing Association and the American Association of Diabetes Educators.

Surviving family members include one sister, one brother, three sons, two grandsons, one granddaughter and one great grandson. A graveside service followed by a reception will be held on December 5 at 11:00 AM at Conejo Mountain Memorial Park in Camarillo. In lieu of flowers please donate to St. Judes Children’s hospital or the American Cancer Society.