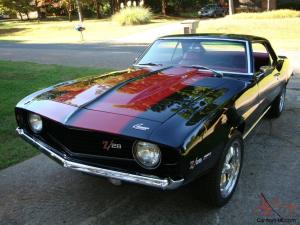 Reynaldo was born on July 23, 1953, in Binondo, Manila, Philippines, to Ingemar and Lourdes Macasieb. He was the second oldest of 7 siblings. He spent his early years living in the Philippines before moving during elementary school, when his father’s Navy career brought them to the United States. The family stopped in San Francisco, Oxnard then Okinawa, Japan before the Macasieb clan permanently laid down roots in Ventura County when Ingemar’s final military assignment brought them all back to Oxnard.

After graduating Hueneme High School, Reynaldo followed his father’s footsteps and enlisted in the US Navy. He served 5 years as a mechanic, being stationed in North Island (Coronado), Rota, Spain, and Port Hueneme. He married Marieta Robles in June 1975. They lived in Oxnard for 3 years before permanently settling in Camarillo before the birth of their daughter, Janelle, in 1979. After his military career, he worked for several companies as a mechanic then became a civilian Navy employee in the same career. Unfortunately, a back injury in 1989 caused Reynaldo to leave the workforce.

He was a car enthusiast and had a vast knowledge of cars. Drag racing was a favorite pastime for Reynaldo. He first started racing a 1964 Chevy Nova, sometimes traveling to Orange County to race in the late 1970s/early 1980s. Later you could find him on Saturday nights racing his 1969 Camaro on the back roads of Camarillo and Oxnard. He was the go-to mechanic for his family and friends.

Reynaldo is preceded in death by his parents, Ingemar and Lourdes, and will be laid to rest next to them.

To send flowers to the family or plant a tree in memory of Reynaldo G. Macasieb, please visit our floral store.