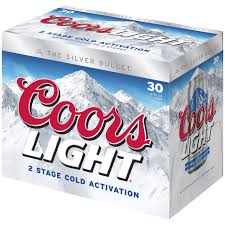 Bob Cooke, 73, of Santa Paula, CA passed away April 29th, 2019 after a long, but stubbornly-fought battle with cancer. Bob was born and raised in Venice, CA and attended Venice High School.  He met and married Sandy Jordan and together they had four children. Always quite handy and skilled in construction, he began his career in 1965. He continued his passion for building and started R.L. Cooke Construction. A skilled craftsman and framer, Bob had first-hand knowledge on ‘everything construction’ and has since been the reason behind countless dreams fulfilled by building and remodeling his client’s homes. Over time, most of those clients became close friends because of Bob’s confidence in his craft, sense of humor and genuine nature. Many have said that he was “one of the greats.”

Bob is preceded in death by his son Norman (1985), and wife of 24 years, Pattie (2013). Bob and Pattie married in 1985 and were long-time residents of Santa Paula. Camping, Laughlin and Reno trips were a big part of their early life together. With children in tow and jet skis on trailers, they were always ready for adventure. Music, and the regular sound of Bob’s whistling, filled their home daily. Bob loved baseball and old cars and just recently wanted to take a ‘cruise’ down the boulevard to check out the car show in Santa Paula.

To remember Bob means to enjoy an ice cold Coors Light and sing along to “Don’t Worry, Be Happy!”

A memorial service will be held in honor of Bob’s life at Conejo Mountain Funeral Home in Camarillo on Monday, May 6th at 11 am.

To send flowers to the family or plant a tree in memory of Bob Cooke, please visit our floral store.