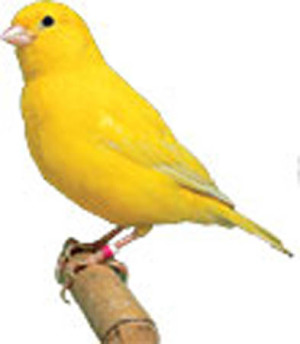 The family is sad to announce the passing of our beloved mother, NANA (grandmother) and great grandmother, Sophia Galvan (Gamez) Romero.

Sophia was born to Trinidad and Natalia Galvan on September 18, 1924 in TX, where she grew up. After moving to California in 1951, she eventually settled in Oxnard. Sophia met and married Ray Serrano Romero and they had a son, Raymond. Ray and Sophia were married for 11 years before he passed away in 1963.

Sophia loved her son, Raymond with all of her heart but when her grandchildren were born, her love for them was unconditional. Nana, as they called her, helped raise Michael (her corazon de melon) from early on in his life. As soon as Michael could walk, they were on the bus together, going to town at least two-to-three times a week. When the twins were born, there was “double trouble” but she continued to watch all three of them as needed.

Sophia had a big heart. Over the years, she took in many friends of Raymond and Nancy’s, even helping babysit their kids. Those children grew to love Sophia and they called her “Grandma.” She had a special bond with everyone she met and touched, especially her neighbor, Don Lucia, who she would have coffee with and would pray with, daily. Another neighbor, Norma, was also very close to her and helped her often when needed. Sophia loved the Lord and frequently watched evangelical programs on TV. She dedicated her life to her faith, praying for everyone every day.

Sophia is predeceased by her husband, Ray; her parents; and her brothers, Ruben and Frank Galvan. She leaves behind her only son, Raymond Romero (Nancy) of Oakville, WA; siblings, Lupe Guzman, Luisa Torres and Pete Galvan of Oxnard, CA; grandchildren, Michael Ray, Scarlett Marie, Rayna Rose and Ray Romero of Oakville, WA; great grandchildren, Artie, Nicholas, Raelynn, Ashley and Ray Jr. of Oakville, WA; as well as many nieces and nephews.

The family would like to thank the nurses’ aides, nurses and staff at Coastal View Rehab Center for all of the love and care they provided Sophia in her last few months as she tried to recover from a fall.

A Viewing will be held on Sun, Dec 1, 2019 from 5pm to 8pm in the Chapel of the Hills at Conejo Mountain Memorial Park in Camarillo, CA. A Funeral Service will be held on Mon, Dec 2nd at 10:30am in the same chapel with interment to follow.

May our loving Sophia now Rest in Peace as she joins her husband, parents and all of the other family members who have passed away before her. Sophia, always know that although you are gone from this Earth, you will forever be loved and in our hearts. Gone but never forgotten...

Prayer of Saint Francis of Assisi

Lord, make me an instrument of thy peace!

That where there is hatred, I may bring love.

That where there is wrong, I may bring the spirit of forgiveness.

That where there is discord, I may bring harmony.

That where there is error, I may bring truth.

That where there is doubt, I may bring faith.

That where there is despair, I may bring hope.

That where there are shadows, I may bring light.

That where there is sadness, I may bring joy.

Lord, grant that I may seek rather to comfort, than to be comforted.

To understand, than to be understood.

To love, than to be loved.

For it is by self-forgetting that one finds.

It is by forgiving that one is forgiven.

It is by dying that one awakens to Eternal Life.

To send flowers to the family or plant a tree in memory of Sophia Galvan (Gamez) Romero, please visit our floral store.